Angel Island is located off the coast of California in the San Francisco Bay. At about 740 acres, it is the second-largest island in the bay, and it offers views of San Jose, Sonoma, and the Napa Valley. Today, the island is part of Angel Island State Park and is a California historical landmark. It has served as a military fort, quarantine station, and immigration inspection and detention facility. The island's time as an immigration station is its most famous use.

The Ellis Island of the West 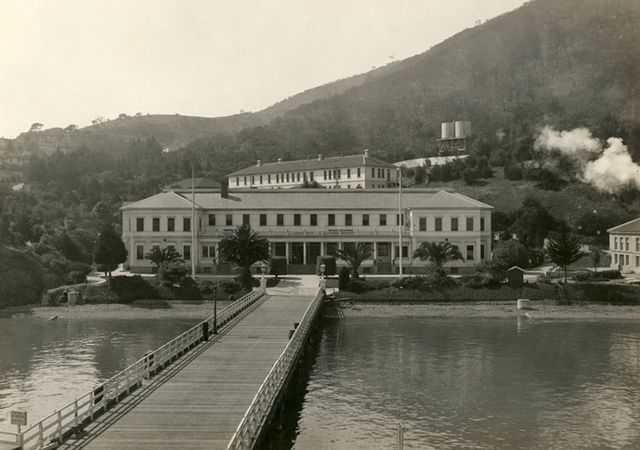 Most Americans know about Ellis Island. Located off the coast of New York, the island welcomed and processed more than 12 million immigrants from 1892 to 1954. Most of these immigrants were European. However, America in the 19th and early 20th centuries was a destination for people around the world. The U.S. Bureau of Immigration opened the Angel Island Immigration Station in 1910 to process immigrants who entered the United States via the West Coast. Angel Island was picked because the bureau could keep incoming immigrants isolated on the island, which was thought to be escape-proof. The immigration station was active from 1910-40, and during that time, immigrants from 84 countries, including Australians, New Zealanders, Canadians, Mexicans, and Russians, came through the station. During the years before World War II, it was also an entry point for Jewish people attempting to flee the Nazi regime. It was also a popular entry point into the U.S. for people from Asia along with Central and South America. The majority of immigrants at Angel Island were Asian; one million of these immigrants were Chinese.

Chinese immigrants weren't welcomed by all Americans. The Chinese Exclusion Act of 1882 was the first law passed by Congress that attempted to stop all members of an ethnic group or nationality from coming to America. Under this law, Chinese people coming through Angel Island could only immigrate if they could prove that their husbands or fathers were U.S. citizens. Chinese immigrants who could not prove this were deported.

Conditions on the island were poor, and within a few years of the immigration station's opening, commissioners worried that the filth was a health hazard to the immigrants on the island and the entire San Francisco area. There was rarely enough soap or toilet paper for the people housed on the island, so cleanliness was a constant struggle. In addition, men and women were separated into different dormitories, which split up families, making detention even more difficult for most immigrants.

The Poetry of Angel Island

Chinese immigrants also suffered from boredom while they were detained. Some composed poetry and carved it into the walls of the immigration station. The poems went largely unnoticed while Angel Island was in use, though sometimes, this "graffiti" would be covered up with putty and paint. But in 1970, when the buildings of the immigration station were going to be torn down and the island returned to a natural state, a park ranger noticed some of the poems written on the walls.

The park ranger's discovery sparked interest in the poetry and in the lives of the detainees. A thorough study was undertaken in 2003, and many more poems were discovered. Some of these works were found on the remaining walls, while others had been copied into notebooks by detainees held on Angel Island and preserved since then. But the women's dormitory burned in 1940, meaning that some of these works were most certainly lost.

The poems speak of the feelings of the immigrants as they waited on Angel Island. They wrote of loneliness, despair, and anger. The poets expressed fury over the conditions they were enduring as they waited endlessly on the island, while immigrants of other nationalities swept quickly in and out of detention. The poems are very sophisticated and employ a variety of linguistic and poetic forms. Different rhyming structures and poetic styles are used.