We have great news we have to share! The Happiest Job in America in 2013 is Real Estate.

Forbes just listed the top 10 happiest (and respectively happiest) jobs in America.  The #1 happiest job was a real estate agent. Careerbliss surveyed 65,000 people to come to this blissful conclusion. The logic behind this is real estate agents are rewarded for their success. They can have a flexible schedule and increase their income with hard work. The careers with less rewards and more office politics scored the lowest on the happy rating including associate attorney, customer service associate and sadly RN’s and teachers.

The Bureau of Labor Statistics expects an 11% increase in real estate jobs from 2010-2020. The majority (57%) of real estate agents are

The full floor units at Zaha Hadid include 11,000 square feet each.  There are two designs to choose from, each with 5 bedrooms, 9 bathrooms, living room, dining room, family room, kitchen, media room, laundry/staff room, gallery and office.  Each unit also comes with a terrace with a depth of fifteen feet with spectacular views of Miami.  These exclusive Miami condos are placed on the 51st-58th floor for top placement.

Townhouse unitsThe half floor units at One Thousand Museum

The Feburary 2013 report from the US Census revealed some interesting news for multi family units.  New Privately-Owned Housing Units Authorized in Permit-Issuing Places increased 54.9% from Feburary 2012 to Feburary 2013. 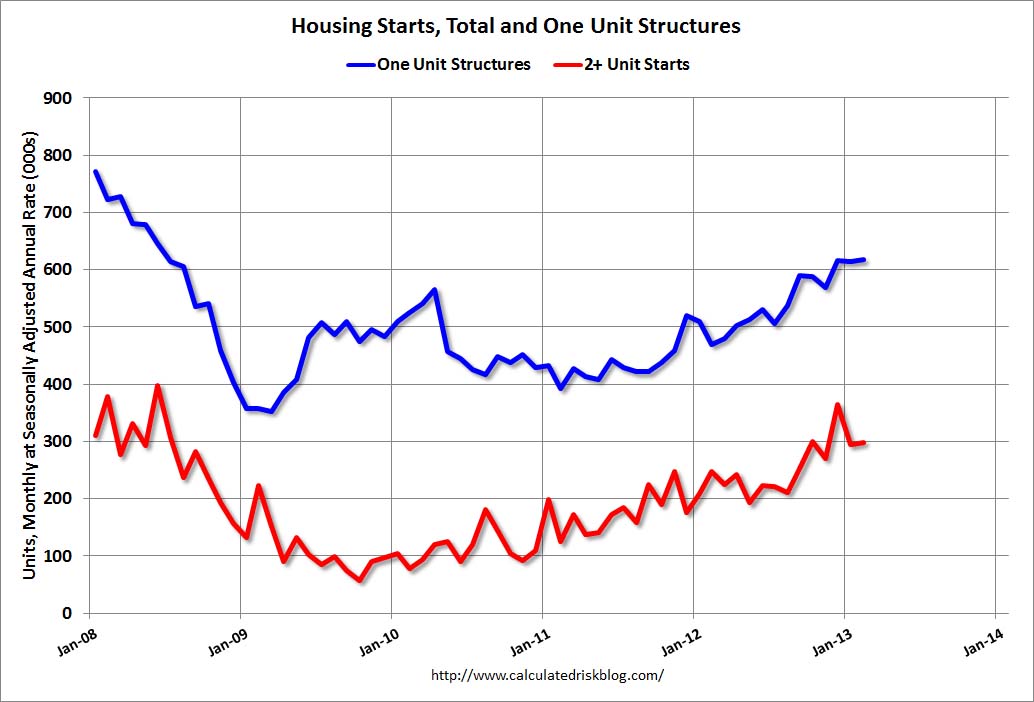 The Las Vegas Valley median price of single-family homes sold in the region in February was $150,000, unchanged from January but up 24 percent from $121,000 in February 2012, according to a report out today from the Greater Las Vegas Association of Realtors.

A total of 3,232 previously owned homes were sold in the valley last month. That's up from 2,821 in January but below February 2012's total of 3,794.
Short sales, in which lenders agree to sell a home for less than what's owed on the mortgage, accounted for 38 percent of all deals last month. Sales of bank-owned homes comprised 10 percent of February's total.

Meanwhile, inventory keeps shrinking. The number of homes up for sale on the GLVAR's listing service at the end of February was 14,120, down

This quaint neighborhood is surrounded by boutiques and some of the best restaurants in San Francisco.  Even better, 300 Ivy is a perfect location to take Muni quickly to all over the city.   The new building will have mixed use with retail on the ground floor and new SF 63 flats and townhouses.  There will be several amenities craved by SF locals including enclosed bike parking, shared outdoor courtyard, an outside kitchen and even a rooftop garden.

The roof at 300 Ivy will also capture the sun’s energy to provide 50% of the hot water for residents.  The roof will also have a sunbathing deck and breathtaking views of the city.  The units vary from studio to three

Do you ever wonder why a short sale listing will continue to show as "for sale" on the website even though it's under contract?

This announcement went out to the members of the Miami Association of Realtors this morning:

A message went out to Equator agents from Bank of America with a direction that all short sale listings should remain “Active” until the short sale approval letter was issued.  This letter is not usually issued until right before closing, long after a contract is executed by the buyer and the seller.

Concerns and questions immediately began flowing into the legal hotline from members who were worried about violating MLS rules. Florida Realtors contacted BofA and explained that there was a misunderstanding as this direction was not

After the Colorado Company, Condo Capital Solutions (CCS) bought 93 units at the Summerlin Mira Villa Condos 2011, they have sold 19.3 million in condos.  The Mira Villa have sold in the range of $365,000 to $1.3 million, with the average around $500,000.  These luxury Summerlin condominiums just had a second release of more units for sale on March 1st, 2013.

Mira Villa is a new luxury mid-rise community in Summerlin.  Step outside and find yourself in an oasis of tranquil pools, spas, and quiet nooks, connected by lushly landscaped walking paths.  Other amenities at Mira Villa include resort-style pool with waterfall, state-of-the-art fitness center, clubhouse, private elevators to all residences and a poolside fire pit.

Everybody knows that the best way to get your product or service noticed on the internet is to put it where there's the most traffic. Especially when the traffic is targeted to your specific product. If you have a condo or loft in the Nashville area Highrises.com/Nashville is the place you want your property to be. We are consistently ranked in the top search results on Google and other popular search engines. Nashville Condo and Loft Buyers are looking HERE for your listing!

As we move into the spring selling season, Nashville is poised to turn toward a Seller's market - something we haven't seen in quite a long time.

Here are the most recent sales statistics as reported by the Greater Nashville Association of Realtors. "1,634 home closings reported

…
Read Full Post »
This site uses cookies to provide you with the best user experience. By using Highrises.com you accept our use of cookies.
See Details Ok